Japanese media: learn to use wechat to Taobao, Chinese elderly are not willing to lag behind

Netease technology news, january 2 news, according to japanese media reports, more and more chinese elderly people are using mobile phone applications such as wechat and taobao to embrace big technology. In the process of rapid digital transformation, China's elderly people are not lagging behind. Like many Chinese, Xu Chang browses e-commerce websites on his mobile phone every day, chats with friends on wechat, and uses Gaud maps to travel the roads of Beijing. When the cold snap hit, he stayed at home and ordered takeout through the delivery app.

These apps not only make Xu's life more enjoyable, but also enable him to help others. He said:

Relevant statistics show that by 2018, China's population aged 65 and above has reached 166.6 million. The rapid digital transformation once worried that many elderly people might not be able to adapt to the new technology and may be behind the times. China currently has more than 4 million applications, but few of them are dedicated to the elderly.

However, there is evidence that the elderly in China are not alienated by digitalization. Instead, like Xu Chang, they are embracing new technologies.

Tang Yanhang, an empty nester who lives in Changchun, is a good example. Because of living far away from his daughter, Tang once needed to go home alone with a heavy shopping bag. But after learning how to use the e-commerce app in 2017, the 64-year-old only shopped online, waiting for the courier to deliver the goods to himself.

Zhong Peicheng, from Henan province, can also use WeChat to keep in touch with his sons. Mr. Zhong,59, treated his hometown, while his sons worked in the construction industry in Guangdong, thousands of kilometers away, only once a year. But

According to a report released by Tencent last January, about 63 million people aged 55 and over use wechat in China. Although the figure sounds impressive, less than 6% of wechat monthly active users are Chinese seniors. In another study, Tencent pointed out that about half of the 800 elderly Chinese surveyed in 2017 used wechat payment or other electronic wallets. The proportion of the elderly who have online shopping or online consultation experience is relatively low.

Some companies have realized

The elderly in China are also keen to help each other. In fact, Tang Yanhang, who lives in Changchun, turned learning into an opportunity to socialize with each other. Whenever Tang Yanhang encounters technical problems, she takes a screenshot, uploads the photos online, and then communicates with other retirees. After discussion, problems are usually solved. 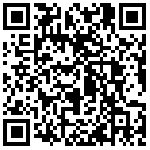 Recommended use China IT News APP

open APP to read this news.

The average score will be displayed after you score.

Do not see clearly? Click for a new code.

Related news
How to break in the second half of the Internet (I)
Japanese media: learn to use wechat to Taobao, Chinese elderly are not willing to lag behind
The English name of Chinese liquor has been changed: Chinese Baijiu has been officially launched
Are you looking for real spell caster to bring back your ex
Hot news this week
Rush to rescue the flood in Europe! Xiaomi public welfare foundation announced a donation of 1 million euros
For the first time in history, Intel will OEM chips for Qualcomm: going straight to 2 revolutionary processes
Toyota Volkswagen collective look! Tesla lobbied India to lower tariffs and build factories if they sell well
The 21-year-old archery girl burst into a red and sweet smile, which is called "Cupid": netizens say they love
Microsoft dev version win11 will not be updated next week or prepare for the new version of android app
Crush Apple iPhone 12! Exposure of realme magnetic suction Wireless Flash charging model: the first version of Android
The founder of Ethereum made $1 billion in counterfeit money for charity: it has shrunk to $400 million before it has arrived
In 2021, four of the top ten films at the global box office came from China: "Hello Li Huanying" became the first domestic film at the box office
Nanjing epidemic spread to Beijing ChinaJoy game exhibition emergency announcement: all members can enter
Kwai tau: magnetic Taurus creates a one-stop marketing solution for electric business. Taurus service providers offer four incremental values.
The most popular news this week
Scientists say the new variant COVID-19 is bound to appear: it will invalidation of the existing vaccine.
Foreign netizens photographed unidentified objects exploding in the air: green light lit up the whole sky
Why not reduce Intel's price? Steam survey report in July: AMD processor share rebounded rapidly
Hiair low delay image transmission technology developed by Huawei Hisilicon: low memory consumption and industry benchmark in the next three years
Xiaomi mix4 and Xiaomi tablet 5 were released in August. Lei Jun confirmed that preheating will start tomorrow
The State Post Office released the latest express satisfaction: SF / JD / EMS top 300 / Jitu bottom
Rub Wu Yifan's popularity and illegal marketing! Microblog shot: severe treatment of "black number"
Weilai low-end car "Gemini" is revealed to be ES7, which will be mass produced and listed in June next year
Wu Yifan's account is banned on the whole platform! Netizen: Cha Wu is also owned by Wu
Pay tribute to Su Bingtian, the pioneer of the times, and create a new history of Chinese track and field!